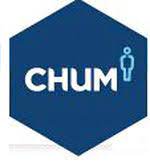 The Changing Face of Media. INSINC webcasts the CHUM Television Colloquium on Cultural Diversity and Media

“The Changing Face of Media” brings together a broad cross-section of people, media companies, community organizations, advocacy groups, and concerned citizens, to discuss some of the critical issues surrounding cultural diversity and media today.

On March 6, 2001, CHUM Television – a pioneer of cultural diversity and local reflection in broadcasting – organized and hosted the CHUM Television Colloquium on Cultural Diversity and Media in Victoria, BC. The event was broadcast and streamed live by Interactive Netcasting Systems Inc. (INSINC) and viewers were invited to participate in the discussion by email, fax and phone. “The Changing Face of Media” is a comprehensive 1-hour summary of the Colloquium’s 6 hours of discussion.

INSINC is a full-service streaming media company controlling its own proprietary network offering netcasting solutions to the corporate enterprise market. INSINC provides strategic consulting, broadcast production services and proprietary presentation tools over IP networks. The company was established in 1997 and has offices in Vancouver and Toronto.