The earliest history of streaming media in Canada is somewhat murky and challenging to verify.  Sorting through exactly what happened is difficult because so many websites from the mid 1990’s no longer exist. The primary reference resources are newspaper and magazine archives plus internet archive sites like WayBack Machine.  Of course, there are the odd sites around that still have pages from the 1990s, but these are few and far between.

There is little doubt, however, that technology companies in Canada were at the forefront of streaming media in the mid 1990s.  And that the team assembled by INSINC, based in Burnaby, BC, made an indelible imprint in the Canadian media landscape. 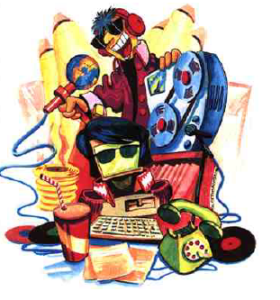 In 1995 streaming technology was primarily referred to as netcasting or webcasting.  In September of the same year, technology entrepreneur Hugh Dobbie made an investment is a speculative idea  – delivering live audio signals over the internet. During the spring of 1995 Audionet (later renamed to Broadcast.com) was fast making a name for themselves focusing on the delivery of college sports play-by-play over the internet.  The team at dowco.com Internet was inspired by this new innovative technology.   (By 1999 broadcast.com would be sold to Yahoo for $5.7 billion.)

In December 1995, dowco.com Internet orchestrated the first live audio streaming of a commercial radio station in Canada.  Soon after, the online station “Radio Dowco” was formed.

Assembling an eclectic mix of media talents, Hugh started to produce and deliver live content over the Internet in 1996.  The initial audio site launched hosted audio content at http://www.radio.dowco.com.   By mid 1997 audio and video content were being aggregated on the Dowco Entertainment Network at http://www.dowco.net.  In 1998 www.DENradio.com and www.DENtv.com were born. Featuring a diverse mix of audio and video content the domains caught the attention of Digital Entertainment (a controversial multi-media company also know as DEN) and were subsequently acquired.

From a standalone, internet only radio program in September 1996, the business evolved to service major enterprise and media organizations. The audio video business was spun out of dowco.com and INSINC was formed in 1998.

A group of seasoned media and technology professionals were assembled to create a range of content and product offerings that would challenge traditional broadcasting.  The rest, as they say, “is history”. 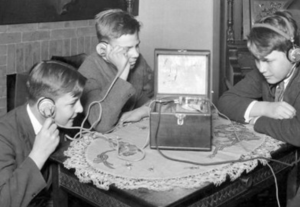 The first live streaming in Canada occurred in mid-December 1995 with the live delivery of radio station CKNW’s talk and sports content. Hugh Dobbie recalls the launch in his 2015 article “Christmas Is” …. the program that launched a career in streaming commemorating the 20th anniversary.
Read More
December 15, 1995 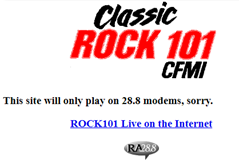 On September 29, 1996 Hugh Dobbie and Tom Lucas streamed Oldies Online from the dowco.com Internet studios in Coquitlam, a suburb of Vancouver, BC. Peter Wilson covered the achievement ion a full page article on the front page of the Vancouver Sun’s Technology section.
Read More
September 29, 1996 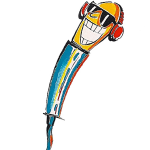 A Vancouver firm rocks the Net with vintage tunes

“I wondered if there wasn’t a way I could keep on doing what it is I do. And then I heard about this wonderful toy called the Internet. One thing led to another and, about 300 lunches later, Hugh and I started putting together a plan.”
Read More
October 16, 1996 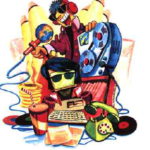 Tom Lucas and Hugh Dobbie are rocking the world. With a little help from the Internet that is. It all started with a cutting edge idea that most radio stations thought was too risky - a retro-rock request radio show that would be broadcast simultaneously over the Internet.
Read More
April 18, 1997

CJOB has started broadcasting an "oldies" radio show and requests can be sent via the Internet. "They asked listeners to send in pictures of themselves; I knew my picture with Bill Gates would get their attention. Sure enough within 10 minutes of emailing them I was mentioned over the air. To me the folks at Retro-Rock know what the Internet is all about - a medium for interactivity"
July 1, 1997

Vancouver Network debuts on the web

RPM Music Publications featured the debut of the Dowco Entertainment Network (DEN) in their July 1997 publication. "DEN has already gotten off to a big start by delivering the first radio program to a Canadian radio station over the internet"
Read More
July 14, 1997 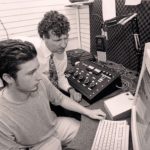 The Dowco studio measures perhaps 15 by 10 feet. The equipment is piecemeal, with an assortment of components. It’s certainly nothing like the million-dollar computerized radio studios you’ll find in downtown Vancouver.
Read More
July 16, 1997 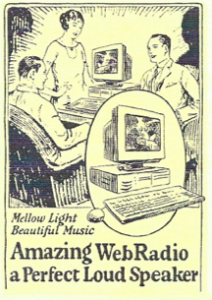 Many ISPs are thinking about getting involved with multimedia presentations on the Net. Some are doing it but Dowco Internet (www.dowco.net) operating out of Vancouver, British Columbia, may be the only one actively developing content for programming and distributing it to radio and television stations. "we're building virtual stations, " says Hugh Dobbie, President of Dowco Computer Systems Ltd. "it is a revolution in what will ultimately reshape our minds in terms of how we think of conventional radio."
Read More
September, 1997 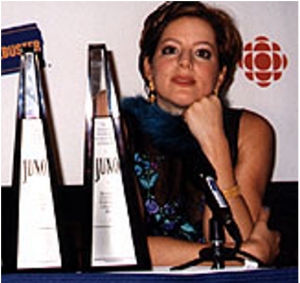 First live streaming of Juno Awards; a special behind the scenes cybercast

While the television audience watched what was happening on the stage, DENTtv captured all of the behind the scenes action at the 1998 Juno Awards. Join Junobeat hosts, Michael Godin and Karen Pace, backstage. Exclusive interviews with Our Lady Peace, Leahy, Paul Brandt, Holly McNarland, Metalwood, and the Paperboys. Hear the whole story on why the Rascalz refused their 1998 Juno Award for Best Rap Recording.
Read More
March 26, 1998

The Banff Television Festival, the Cannes of Television, is a major event on the international television circuit: a week full of stimulating and informative seminars, stunning programmes and abundant networking opportunities. The June week in the Rockies designed to encourage, celebrate and promote excellence in television within Canada and around the world.
Read More
June 1998 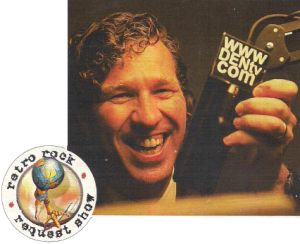 It the September 1998 edition of Report on Business Magazine, DENradio was introduced to Globe and Mail readers as “an all-Internet broadcaster that has turned the conventional rules about radio upside down.” With admittedly very small audiences, Dobbie commented “This is narrowcasting; we’re not fooling anybody. We’re not hitting all 50 million Net users, but nobody is. The Net is full of narrow markets.”
Read More
September 1998

On November 27th, 1998, INSINC was the proud netcaster of the International Human Rights Conference, live from Edmonton, Alberta. The conference was streamed on INSINC’s DENtv website.
Read More
November 27, 1998