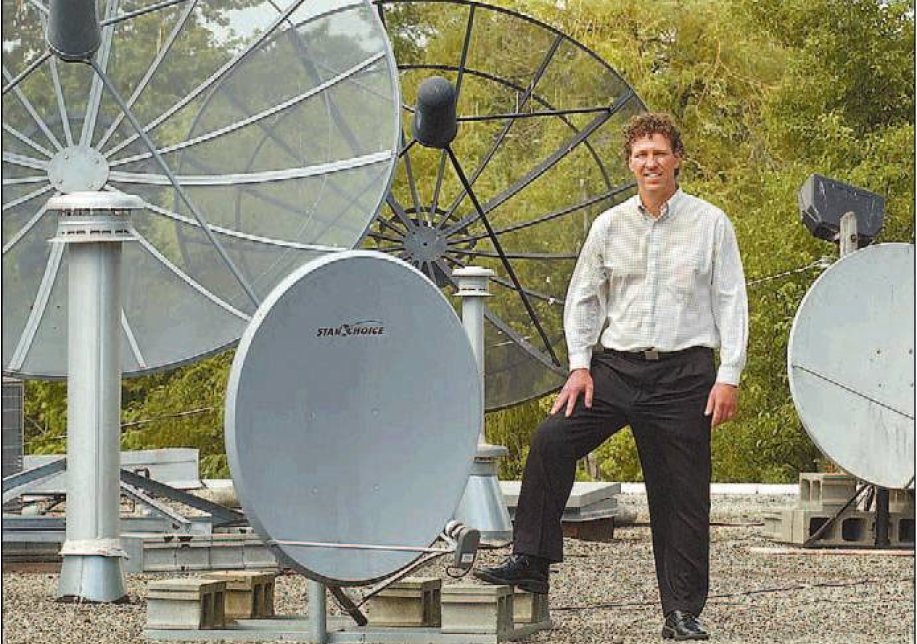 INSINC hopes to compete with satellite, cable TV over Internet

Say you’re sitting in your office — or, for that matter, overseas on business — and you want to watch the latest Canadian news. Now you can get CTV Newsnet on your computer in real time, for a fee, thanks to a Burnaby company.

If the new service takes off, it could become the biggest source of revenue for Interactive Netcasting Systems Inc., INSINC for short. It could also become competition for cable and satellite television carriers. “We think of it as a cable alternative,” INSINC president and CEO Hugh Dobbie said. The service has been quietly available for two weeks and before that, CTV Inc. and INSINC ran a couple of successful trials, offering free live streaming of the federal party leaders’ debate and election day coverage. “The federal election coverage received a lot of attention,” Dobbie said, noting how 28,000 people logged on — not enough to support a network, perhaps, but many times the number that watch the average digital cable channel in Canada.

A spinoff of Burnaby’s Dowco Technology Group, INSINC has been providing specialized Internet services — especially real-time streaming of live events such as annual meetings, horse racing and radio broadcasts —since 1997. But the way Dobbie tells it, the company developed the pay-per-view technology now used by CTV Newsnet almost by accident. INSINC had been working with junior hockey teams to broadcast their play-by-play over the Internet when it was approached by the University of B.C. Thunderbirds baseball team to carry an audio webcast of its 2004 spring season. The problem was the T-birds couldn’t offer any money. In fact, they hoped to make some money out of the venture.  As a kind of pilot project, INSINC agreed to webcast the schedule, charging listeners $29.95 for the 49-game season or $4.95 for a single game, as long as it could keep all the revenue up to the point that it covered its software development costs. As it turned out, the revenue not only covered the costs but generated a profit for both INSINC and the baseball team.

The CTV Newsnet webcast uses the same e-commerce configuration, Dobbie said. CTV is actually an old hand at webcasting. It first provided a free live stream with the help of another Vancouver area company, Blue Zone Inc., in 2000.

“Maybe they were ahead of the curve,” Dobbie said, but Blue Zone, like many Internet companies at the time, never found a workable revenue model and crashed with the dot-com collapse. CTV, meanwhile, scaled back its Internet offering in 2002 to text, downloadable video and streaming audio. “The cost of giving it away became unsupportable,” said CTV.ca executive producer Mark Sikstrom. Unlike television, where it costs the same to broadcast to one viewer or one million, webcasting incurs higher networking fees the greater the traffic. Like many media players with a dream of convergence, CTV realized attracting viewers on the Net — in the case of its newscasts, between 30,000 and 50,000 per month — just meant it lost more money.

INSINC first worked with CTV as the video server for the first season of Canadian Idol in 2003.  The hugely successful reality show generated a million video plays, Sikstrom said, but INSINC was up to the challenge. INSINC’s experiment with the T-Birds suggested the network could get back into live webcasting on a pay-per-view basis without throwing money away. CNN and ABC were doing the same thing in the U.S., offering a live feed starting at $4.95 US a month. Here in Canada, Montreal’s Jump TV developed a pay model to receive foreign TV signals. “What CTV Newsnet was trying to do was target places like offices and expats that can’t get the TV version,” Dobbie said. CTV would provide the news feed, digitized and compressed so as to save network fees, while INSINC would distribute it over its own servers and handle the billing and fulfillment.

Most importantly, this time it was a paid service: $6.95 a month over broadband or $4.95 by dial-up. To sign up, you click on the icon at the main CTV.ca site, give your credit card number and get assigned a username and password to access the content. Instead of contracting out the service to INSINC for an upfront fee, CTV is sharing the revenues with the Burnaby company. Because most of the development costs have already been amortized, Dobbie said, “we’re basically making money out of the gate.” He said the Newsnet stream has the potential to become his company’s largest single source of revenue. Considering pay-per-view on television starts at around $10 and a mid-tier cable package runs around $65 a month, Dobbie thinks the price is reasonable and some viewers may even choose to watch specialty television this way as it