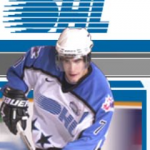 Toronto, ON and Burnaby, BC – The Ontario Hockey League (OHL) and Interactive Netcasting Systems Inc. (INSINC) have announced plans to deliver over 2,000 OHL hockey games via the Internet. The program, to be developed over a three year term, will result in OHL games being broadcast live on a pay-per-view (PPV) broadband basis.

The webcasting initiative started last weekend and will continue throughout the rest of the regular season with free webcasts of the final games of the 2005 OHL playoff drive. OHL playoff games will be available on a PPV basis for $8.95 per game. A variety of viewing packages will be made available to fans prior to the start of the 2005-2006 season.

INSINC, a pioneer in the delivery of streaming media, is delighted to partner with the OHL to develop what will be the most extensive, searchable database of highlight hockey clips available to date over the Internet.

“This is a lot more than just delivering live, broadband content over the Internet,” states INSINC President and CEO, Hugh Dobbie. “This program will deliver valuable highlight content to fans, scouts, players and coaches who either missed a game or would like to review game clips for both strategic and entertainment purposes.”

“With the tremendous growth of the Internet, and over 60% over Canadian Internet connections now broadband, we believe this to be the ideal way for the OHL to reach out and bring more value to our fans,” said OHL Commissioner David Branch. “This program gives our fans, as well as the family and friends of our players the opportunity to watch practically all of our games live on the Internet. It also provides the opportunity to use this program for pre-scouting purposes and as a development tool for our players and officials.”

Webcasts for all teams will be made available from the OHL website located at http://www.ontariohockeyleague.com.

Approximately 60% of the games will be broadcast quality feeds picked up from regional OHL broadcasts on Rogers Television, Cogeco Cable and select U.S. broadcasters, The balance of the games will be provided using a special “scout feed” that will combine visuals from the press box camera and the live audio from the team radio broadcast.

About the Ontario Hockey League

The Ontario Hockey League is a member of the Canadian Hockey League, the world’s largest development hockey league with 56 teams in nine Canadian provinces and five American states. The CHL is made up of the OHL, Quebec Major Junior Hockey League and Western Hockey League. Last season, more than seven million fans attended CHL games in the regular season, playoffs and the MasterCard Memorial Cup national championship. The CHL supplies more players to the National Hockey League than any other league. More than 300 graduates attend Canadian Universities on scholarships from CHL teams.