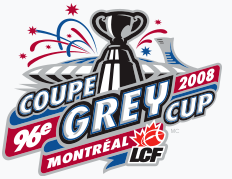 TORONTO (CFL) and Burnaby, BC  – The Canadian Football League (CFL), in partnership with INSINC, announced today that they will offer CFL games internationally on a pay-per-view (PPV) basis over the Internet. The webcasts will stream the broadcast feed from TSN which guarantees the highest quality online presentation for viewers. All regular season games, the Scotiabank Championships and the Grey Cup will be webcast.

Live webcasts may be viewed from the CFL Broadband landing page at CFL.ca / LCF.ca. The regular season games will be offered on a Pay Per View basis at a cost of $9.95 per live view and $6.95 per archived view. Post-season and Grey Cup PPV rates will be available later this season.

“Live and archived webcasts of CFL games provide our fans with another way to stay connected to their favourite CFL team when they can’t watch the game on TSN or CBC. Our Broadband initiative is another key element in our fan-first philosophy of providing the maximum quality and broadest range of digital content on-demand”, said Chris McCracken, the CFL’s Vice President, Broadcasting & Media Assets.

“INSINC is delighted to be participating in the CFL’s Broadband initiative,” states INSINC President, Hugh Dobbie. “With the proliferation of broadband connections to homes around the world, more and more people are turning to the Internet to get the content they want – when they want it. In combining the professional broadcast quality of TSN and CBC productions with broadband Internet, the CFL is leading the way in giving their fans access to games via a variety of viewing platforms.”

About the Canadian Football League

Building on a strong past toward a stronger future, the Canadian Football League (CFL) celebrates the best of Canada’s game with fans across the nation. The 94th Grey Cup will be played in Winnipeg, Manitoba on November 19, 2006.